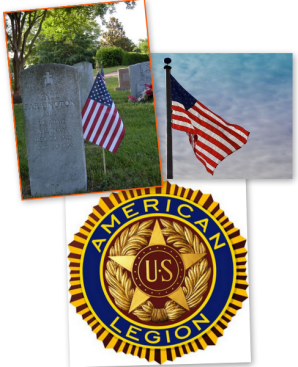 You are visiting the web site for North Carolina’s American Legion District 12.  We are part of the vibrant and energized Division III.

Our district posts reach west to Burlington, north to Virginia, east to Henderson, and south to Pittsboro.

Click on Post Directory to see the complete list of district posts.  You will find links to information on the posts, their people and their activities.

We are the war veterans who served in the United States military.  We say war veterans not because we are warriors, but because it defines what makes us unique.  We are open to any veteran who has honorably served their Country in one of the military services during a designated period of conflict.  This includes almost all who have served or are now serving since 9/11.

The American Legion was chartered and incorporated by Congress in 1919 as a patriotic veterans organization devoted to mutual helpfulness. It is the nation’s largest veterans service organization, committed to mentoring and sponsorship of youth programs in our communities, advocating patriotism and honor, promoting a strong national security, and continued devotion to our fellow service members and veterans.

If you would like to consider joining our ranks, contact a post within the district.  You will be invited to a meeting and can  learn first hand about the American Legion.  Want to learn more about membership?  Click here

If you are a veteran, you need to be in the American Legion.  Congress recently passed the Legion Act which added a new zone of eligibility to include veterans who may not have served during a designated war period.  This means that if you have served at least one day of active duty under Federal (versus state) orders to duty on or after December 7, 1941, to a date to be determined, you are eligible for membership with us.

Watch this short video and learn more about why you should be part of the American Legion.  It is your chance to make a difference and give a voice to those  who can not be heard.